Large-scale application development that will be used by perhaps thousands or even millions of people around the globe is a daunting task, to say the least. At the same time, the headiness of such a project often makes business owners and managers giddy with excitement and the prospect of releasing something revolutionary to the market. It is fair to say that sometimes people get a little ahead of themselves and neglect to consider the entire cost of the creation and implementation of the app. The best thing to do to avoid oversights in app budgeting is to review some of the expenses that are most frequently overlooked by those creating one of these technologies.

No one walks into the ofﬁce one day and immediately begins to write code to develop a brand-new application. Doing so would be reckless and a complete waste of time. Planning and strategy sessions are essential aspects of proper application development. Everyone involved in the creation of this latest app should be in the room to add input and offer solutions to any potential roadblocks that the app could run into. The exact number and length of these sessions are highly variable, but it is clear that a few questions will need to be answered such as:

These are just the surface-level questions that must be addressed before drilling down into more precise concerns related to the speciﬁc app. Planning and strategy sessions are great at getting a lay of the land regarding how to move forward with the initial creation process for the app. That said, these sessions are also an overlooked cost of the application development in and of themselves. Not only do the parties in the room need to be compensated for their time in these sessions, but the time cost itself can prove signiﬁcant. There is truly no way to get around the essential need for these sessions to occur, and they are well worth the trouble, but app project managers should remember to factor in this expense to their budget targets.

The major cultural sensation apps that virtually anyone with a smartphone can think of off the top of their head would never have gotten off the ground were it not for the platforms that they reside on. Living on those platforms is not free though as the businesses that own them also have a proﬁt motive to keep the platforms running. Thus, it is necessary to consider the platform fees required to get an app out to a mass audience.

The Verge did an excellent write-up on the constant strain of battle that occurs between app developers and application development platforms. They explain the basics of that struggle with the following:

“Online marketplaces like the App Store and Etsy allow businesses to ﬂourish by giving them access to a huge, global audience. But these marketplaces are big businesses themselves, and in order to earn a proﬁt, they take a cut of revenue from many of the other companies that use their space. It leads to a constant tension: apps like Tinder and Candy Crush wouldn’t be nearly the phenomena they are today without the App Store, but they have to constantly pay Apple for that privilege.”

Before anyone grabs their pitchforks and accuses the app platforms of greedily sucking up fees from truly fantastic creators, they need to realize that the platforms themselves have come up with a variety of fantastic ways for those app creators to make revenue for themselves as well. For example, Patreon has created a space for creators to charge participating members a monthly fee for access to exclusive bonus content provided only to those subscribers. It is an added value play that many subscribers to popular podcasts and other media are more than happy to pay to help support their favorite creators. This has proven to be a successful way for many podcasters and others to take advantage of the content boom that is currently underway in the space.

Platforms are largely a net positive for any and all apps, but the fees that they charge need to be considered as part of the budget for application development itself. Do not skip over this aspect of the process.

Apps are constantly evolving to meet consumers’ needs and desires. This is part of the reason why many apps are so popular and so user-friendly. They strike a nerve with the audience that they cater to, and this helps them propagate across the land. Thus, it is virtually impossible to release a completely ﬁnished and unchanging app upon its initial release. In fact, any app that does not have continued changes and expansions in accessibility and features is very likely to be overtaken by a rival. Complacency is a death knell for any app.

The programmers, marketers, researchers, administrative staff, and others who work day and night to create an app know that their work is never fully done. They might pop open the champagne and celebrate at the initial release party for the app, but they know in the back of their minds that the work has really only just begun. Kumulos.com speaks directly to app developers about this reality and puts a ﬁne touch on why ongoing expansion must be part of a budget proposal for a new app:

It’s unlikely that the app you initially launch will be the absolute ﬁnal version; instead, you will likely want to expand its features as time goes along. Add in this estimated time into your costs, but don’t go crazy, you don’t want to scare away a client by posting a budget that’s way more than they thought it would be. When it comes to recurring revenue, don’t forget to interest your client in ongoing app store optimization (ASO) services and mobile marketing automation services too.

The value-added services that they suggest developers include in their pitch are not merely money grabs for the developers, but rather legitimate necessities to stay ahead of the curve.

Maintaining a highly visible and easy-to-access app that may be downloaded from a platform at any time is something that takes a Herculean amount of work. It is important to note get overly anxious about how much money the continuous improvement of an app will cost, but it is important to keep this at the top of your mind when creating a budget for the app.

To error is to be human as the famous saying goes. No matter how professional and experienced an application development team is, they are going to make errors as they draw up the programming for the app. Given the massive amount of code and precision that it takes to make an app, it is surprising that so many launches as successfully as they do. However, almost all of them have some bugs in the system when they are ﬁrst released.

Bugs in the programming are unlikely to be noticed immediately upon release. It often takes some time for everyday users to get their hands on the app and play around with it before some glaringly obvious errors begin to present themselves. As those issues rise to the surface it is best to address them rapidly. Apps full of bugs and errors drive consumers away very quickly. Thus, a rapid response team may be necessary to babysit the app as it works to get its legs under it. The job of that team is to act immediately on bugs noticed by users and work to patch up those errors and release an updated version of the app as quickly as possible.

The vast majority of issues that come up are simple ﬁxes that don’t impact the functionality of the app to any great extent. Major errors can occur though, and it is always best to be prepared for that possibility. Establishing a budget that includes the cost of keeping a regular staff of people at the ready to respond to errors and bugs in the system just makes sense from a logistics point of view.

Finally, we want to touch on the marketing and crisis response element of the budget for successful application development. Any business owner or manager is likely familiar with the cost of marketing a new product. It should come as no surprise to them that they will also have to spend money on marketing their new app. What might set them back a step is learning how many avenues they need to market their app through to help it gain visibility. Some of these marketing channels include:

Maintaining a page on social media is a good start and can generate some organic marketing, but it might also be necessary to purchase some ads on these platforms as well.

When most people use the Internet they go to a search engine to help ﬁnd the information they desire. When they search for a topic that relates to your app, it is helpful to have banner ads that can direct them to you.

Online inﬂuencers and celebrities have a lot more pull than you may give them credit for. Much of the public respond to the people that they trust online, and that can include those who have built up a network of online clout. Paying for endorsements from inﬂuencers can help bolster your app with target demographics.

When your app is helpful to someone you should tout this result to the public as much as possible. Positive media coverage is a fantastic way to gain additional trafﬁc and downloads for your app.

There are many more ways to market your app as well of course, but the primary point here is that a hefty marketing budget may be necessary to help establish the app as a real player in the space.

The world of app creation and budgeting for that creation never stops changing. We hope that you will contact us for more insights into how this world works and the latest developments and strategies that you can implement today. 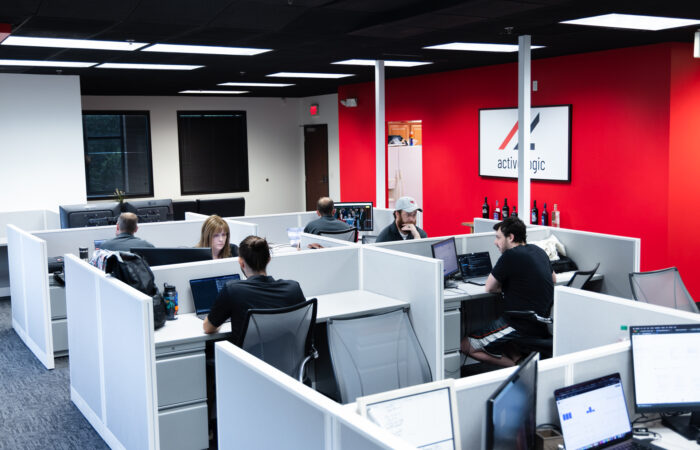 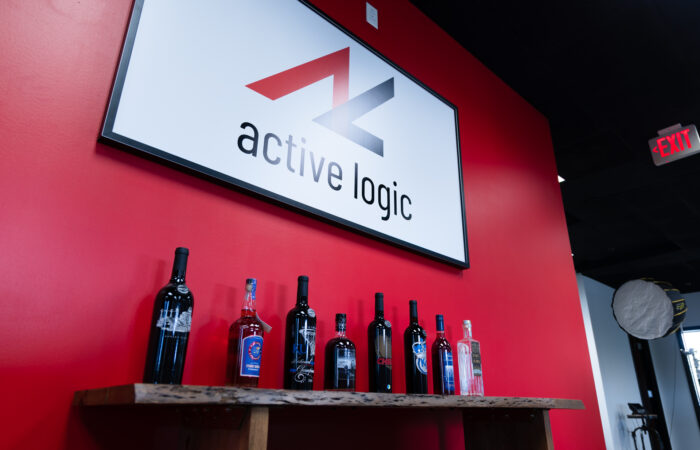 What Does it Mean to Hire a Full-Stack Developer? 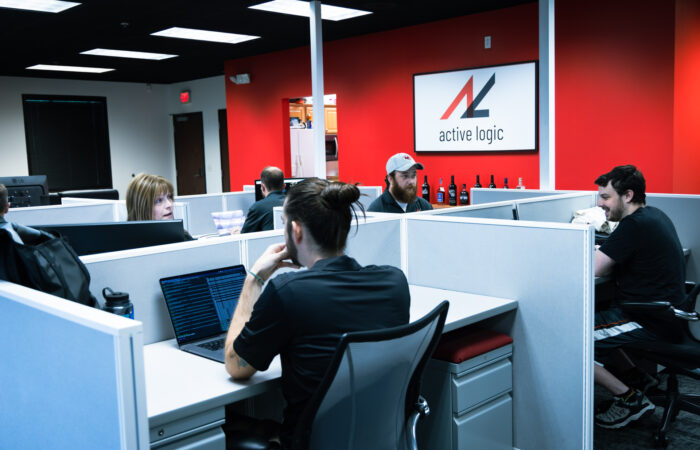 Our pricing is dynamic & varies on a number of different features & functionalities that you would like to see implemented. Answer the questions below for us to provide an accurate estimate for your next development project!

If you have an upcoming development project that you need assistance with, we want to hear from you! Fill out your contact information and some general information about the desired product and we will be in contact with you soon!